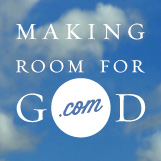 The story of Joseph is one of pride, anger, power, success, worldliness, and faith. If you haven’t read it, start reading in Genesis 37, and you will find yourself engrossed in this tale of family disfunction and hatred.

Joseph, who was the youngest brother in the family was given a gift of dreams. Joseph’s dreams were big. He shared them freely with his family (which in the end may not have been such a good idea). At the young age of 17 Joseph had dreams that he would some day rule over his family. This didn’t sit too well with his older brothers (as I am sure you can imagine). He continued to share this same dream with his brothers over and over until their hatred grew into bitterness. The power that Joseph held over them was too much, so they plotted to throw him into a pit for an ultimate death sentence.

Joseph though did not die. He was claimed by some Midianites who sold him to the bodyguard of Pharaoh in Egypt. Slavery did not treat Joseph well, even though his master was kind and generous, the wife of his master continually tried to seduce Joseph. As Joseph declined her offer, she was offended and screamed out that Joseph had tried to seduce her. Because of this Joseph was thrown into jail. Once again, Joseph was the target of someone’s jealousy and bitterness.

Even from jail, Joseph became a leader. He was put in charge of other inmates and became a dream interpreter for many. Dreams were known back them to have deep meaning and if you could interpret their meaning, you were held in esteem. Joseph would go on to be the trusted dream interpreter of Pharaoh and would once again be reunited with his brothers (although not happily reunited at first). He would have the chance to seek revenge on his brothers if he cared to. You see, Joseph held the key to all the rations in Egypt. As his brothers begged for their rations, Joseph would (just like his dream many years before) hold the power over them. Yet, even as Joseph tried to get his brothers to tell the truth about what they did to him many years before; Joseph found himself in tears.

How could his brothers be so cruel? How could they be so attached to power and success that they attempted to kill their younger brother? Why could they not be happy for their brother instead of envious?

It isn’t easy. First we have to be happy with who we are. We have to find joy in our lowliness. We have to find humility daily. We have to know that life is a journey – just like Joseph’s journey. Sometimes life is going to throw us in the pit. Sometimes life will offer us unfair circumstances that throw us in jail (or at least what seems like jail). In the end though, God will be with us and He will allow us to persevere, to find the truth (which may not be pretty) and ultimately to find our faith life.

These ups and downs of life will bring us joy. We won’t envy others because we have so much to be thankful for. We will see our life clearly – just like Joseph could see dreams clearly. Our eyes will be opened if we just let God show us through the struggles in order to get to the joy of life.