Fight For Your Marriage 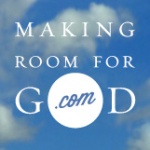 A subject that I have not tackled yet on my blog or at all in my book, Revealing Faith, is marriage. While I am not avoiding the topic of marriage, I just consider myself a work-in-progress, so it hasn’t seemed like the appropriate time to write about my limited knowledge (in my 16 year marriage). With that being said, I attended a concert last night (The Blue Mountain Tour with Brandon Heath and Matt Marr) and the subject of marriage jolted something within me. So as I spent an hour with God this morning, I wrote out my thoughts on why so many marriages are failing all around us.

I consider Pete and me to have a pretty healthy marriage. Sure, we have are lows and highs. We struggle with communication. We try to place God first in our life, but it doesn’t always happen. I explode at him for little things like – getting up off the couch (you know turning off the Notre Dame game) to mow the lawn and help out with household chores. I am what I consider a pretty normal wife (at least on my good days). I would consider Pete a pretty normal husband (and sometimes above average)! Even with the good traits that we do have, we still find it hard not to bicker at each other. Let’s face it, moving two very independent people into one household is not an easy task. It takes work which can be exhausting.

The other day Pete and I had an argument over one of our kids joining an extra-curricular activity. You see over the years, the new “cool” thing to do is to have your kids involved in club sports. They cost money (sometimes lots of it) and it sometimes involves traveling around to places besides your home town. Pete and I did not agree on whether this child should be involved in the club sport. I am not going to go into details as to who believed what because that truly doesn’t matter. The point is we were arguing about this. One of us thought it was a little ridiculous to spend money for our child to join this “elite” group. The other one of us thought it was a great idea and a true bonding opportunity with the child. So one of us thought it was worth the money and the other did not. Finances are a huge deal in marriage. I would venture to guess that over 60% of our arguments are on finances. We don’t always agree on how to spend our money (or should I say God’s money). So as I saw the argument that day – it was a win/lose situation. Either I would walk away a “winner” or a “loser.” Well, let’s just say I walked away very frustrated and bitter. All I could think about was, “How can he not see my side to this?” My feelings led me down a rocky path.

Isaiah 30:21 Whether you turn to the right or to the left, your ears will hear a voice behind you, saying, “This is the way; walk in it.”

I realized after the argument that I was not going to relinquish my bitterness until I spent some time with God. After a few days of prayer, I realized that our argument was not productive (Duh, but some more insight will appear). We had issued clear cut lines – you win or you lose. When you have this type of argument, you know you are in trouble. I am here to tell you – winners and losers do not belong in marriage arguments. Sure in team competitions it is great to have a winner or loser. You compete by performing your best and you walk away either with a win or a loss title. BUT you don’t have to live day in and day out with that competitor. You aren’t sharing your finances, your family, your bed, and your secrets with that competitor. After a hard fought competition in a marriage, you will reside with the sulking losers or bragging winner – FOREVER! Bitterness and feelings of power are then taking root in the foundation of your home. Not good. Bitterness and power can lead to some pretty hefty arguments later. Letting things fester because you “lost” an argument can harbor resentment. In addition, gloating in your win can bring out feelings of pride and power which will only make the bitter spouse more unpleasant to live with. Can you see where I am going with this? Can you see why divorce rates are at an all-time high? Winners and losers just do not belong in marriages.

How do we get rid of this win/lose attitude? Well, it starts with God. Psalm 32:8 comes to mind “I will instruct you and teach you in the way you should go; I will counsel you with my loving eye on you.” Both spouses must find time with God daily to see their own sin clearly. Let’s take my example of the argument Pete and I had with the extracurricular activity. Suppose that before I approached Pete with this topic, I had taken the time to pray on my own (which I didn’t). Even better, what if Pete and I prayed together before we discussed it? After prayer, we could begin discussing the situation. I give Pete time to present his opinion and I do the same after he is finished. We continue to discuss (not yell). During the discussion, we come to a realization that we both love our child and know that this decision is important because there is a financial aspect to it. It might even be a good idea to ask for God’s help during the discussion also.
Instead of making this a win/lose scenario, all the sudden it becomes discernment; discerning whether or not we should be taking on this extracurricular activity as a family. I know you think this is crazy, but this is actually how the argument did pan out. After Pete and I discussed the issue again, we came to a decision TOGETHER. I did not walk away feeling like a loser. I walked away feeling like God played a part in the plan. Even though it was not my choice at first, it became my choice because we made the decision TOGETHER and not individually. We were a team. We were fighting for our marriage. We didn’t breed bitterness and resentment; we showed love to one other by listening. Lastly, give God thanks at the end of the discussion.

Weeks later, I realized what had happened. We had God so close to our heart that He helped us come to the decision. Because God was involved in the discussion, we were at peace and both felt equal in the decision process. What I found out through this was that prayer is so needed before, during and after difficult discussions. Instead of flying off the handle (which I still do – I can’t help it), choose to pray. During a heated argument – stop and pray. After a decision is reached, pray again. Fight for your marriage. It is too easy to succumb to bitterness and control. It is too easy to say I have just fallen out of love with my spouse. It is too easy to say, I have found someone else. Fight! Let God help you through your disagreements. Let God lead the way instead of your own selfish desire to win.

Colossians 3:23 Whatever you do, work at it with all your heart, as working for the Lord, not for human masters.

Blogger, Speaker and Author of "Revealing Faith: Learning to Place God First in Your Life" Most importantly, desperately wanting to hear and follow God's Will, wife of Peter and mother of three kids.
View all posts by aslamkowski →
This entry was posted in Faith, Family, God, Jesus, Religion, Uncategorized, Women and Christianity and tagged arguments, bitterness, discernment, divorce, marriage. Bookmark the permalink.

1 Response to Fight For Your Marriage